The Benefits And Pitfalls Of Adopting Smart Home Solutions 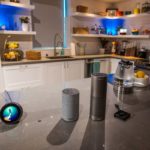 Home automation is technology that allows people to control the appliances and devices in their home remotely. This can include heating and cooling, lighting, dishwashers, coffee makers, entertainment systems, alarm systems, and more. The devices can connect to the internet and be controlled using a smartphone. Home automation is a large part of the overall Internet of Things where everything in homes, businesses, and infrastructure can talk to one another and share information over the internet.

The Wikipedia article on home automation, found here, share that in a typical home automation system all of the devices in a home that have been automated connect to a central hub. It is through this central hub, also called a gateway, that these devices are able to access the internet. The user interface to interact with these devices can be found on the device itself in some cases. They can also be interacted with through a desktop or laptop computer or through an app on a mobile device.

The home automation industry has been steadily growing over the past several years. It reached nearly $6 billion in value in 2013 and is projected to be worth just shy of $13 billion in 2020. Home automation Dallas TX is just one of the cities in the United States where this technology has continued to expand and become adopted in homes across the city. There are now many technology companies involved in research and development of IoT devices and many different types of devices on the market.

Beyond convenience being touted as a benefit of home automation, there are other ways that the implementation of these devices can help people. Smart thermostats, for instance, learn the occupancy patterns of the people in a home. These thermostats will let the home cool down when people are not home or asleep and then heat the home when people are home or will soon wake up. This reduces the cost of heating a home. There are also now security systems that will alert the homeowner when someone has entered or even approached the home while they are away as another example.
The home automation industry does have two big problems, though. The first is that the devices can be hacked, especially older or less expensive devices that are no longer supported by their manufacturers. This means they no longer receive security updates. The second problem is that there are many competing standards and many of them won’t survive over the long term. This means that entire ecosystems of devices will become abandonware when the servers supporting them are shut down, rendering the devices useless.

This news article delves into the issue of hacking being a real issue. They use the example of you sitting at a coffee shop while someone else there uses your Wi-Fi connection to take over the devices in your smart home. They could disable your security system and unlock a smart lock so their accomplice can break in. Computer specialists have brought up numerous concerns like this as a way of pointing out that we have likely gotten ahead of ourselves in adopting this type of technology.